The Food Pyramid of the Tarahumara ultra-marathon runners of Copper Canyon exposes that they are eating a plant-based diet that is 96% Vegetarian, and 94% Vegan.

The Tarahumara's diet is a GRAIN-DOMINATED diet. It contains large volumes of corn (a grain), and beans. This makes their diet effectively the opposite of the paleo diet, which forbids grains due to erroneously stating that stoneage man never ate grain. (Scientific findings now show that cavemen did indeed consume grains in the paleolithic era, revealing that the paleo diet is debunked.) 96% of the Tarahumara indians' diet is meatless, which also disqualifies anyone from calling this diet a paleo diet. The Tarahumara also eat tons of beans, not permitted in the paleo diet.

Therefore the diet of these native aboriginal super-athletes is effectively anti-paleo. This is their aboriginal natural native tribal diet. It is a 96% Vegetarian and 90% Vegan diet, and it is generating some of the healthiest and most astonishing athletes in the world. 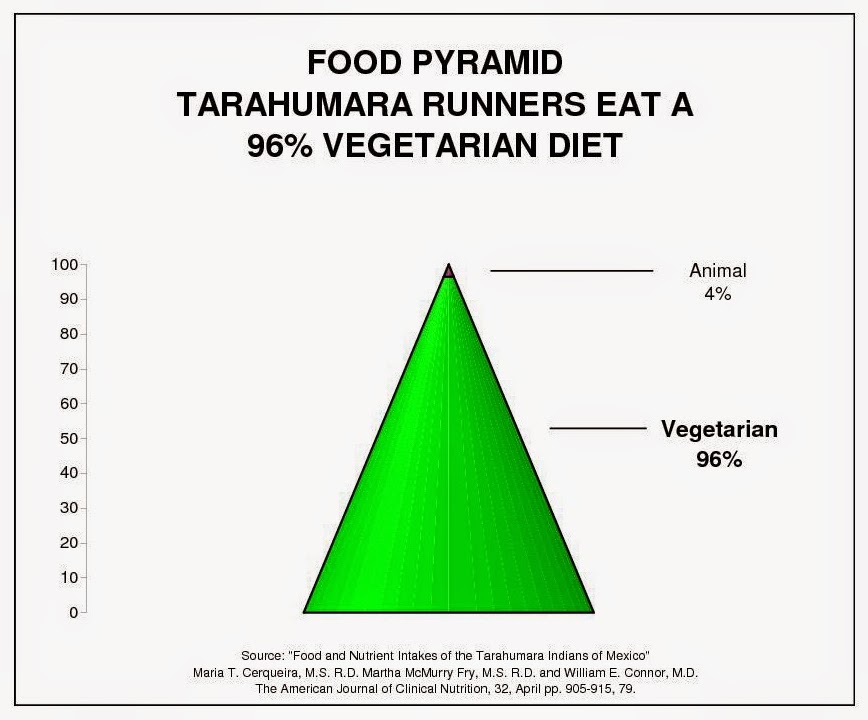 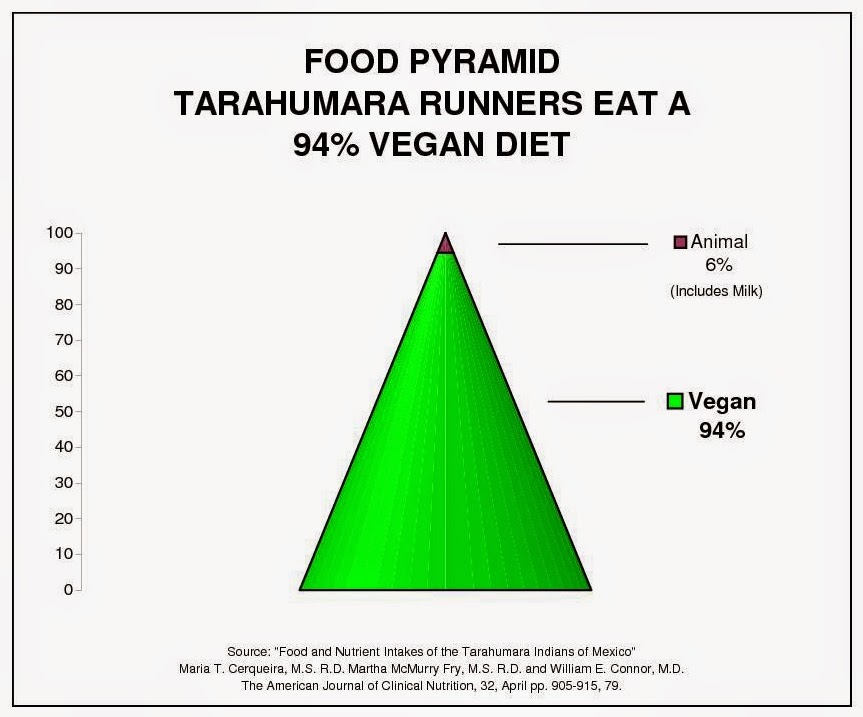 The astonishing Tarahumara ultra-athletes eat a whopping 75% carbs, 12% complete proteins from plants such as grains, corn, and beans, and 13% fat. This is roughly equivalent to an 80-10-10 HCLF high-carb low fat diet. These super-runners eat nearly 75% carbs in their diet and are still lean, fit, and muscular, and have huge amounts of endurance. The Tarahumara on a plant-based diet can run on average further than any other population in the world, including runs of up to 435 miles in under two days. These plant-based athletes are running equivalent of 16 consecutive marathons in 48 hours.